Random Drug Testing In SchoolsHow to Pass a Drug Test 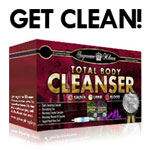 What are the accuracy levels of drug tests carried out in schools?

Tests are generally quite accurate, but not 100% reliable. The samples are usually divided so that if an initial test turns out to be positive, a confirmative test can be carried out again to check the authenticity of the first test. Federal guidelines exist to ensure the accuracy levels and fairness while conducting drug tests – not just in schools but other places also. 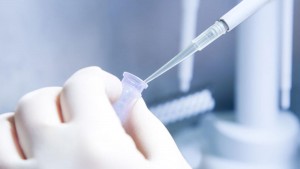 Can the students “beat” a drug test?

Many students practicing drug abuse are aware about the techniques which can detoxify the system, or at least mask the presence of banned substances during a drug test. Moreover, students also refer to magazines and internet sites to find out how to dilute a urine sample. Moreover, certain companies sell certain products that guarantee detoxification of a person’s system just before the person undertakes a drug test. The products are generally meant to manipulate the test results. Many techniques and products focus upon urine samples to be taken for testing purposes – how to mask the presence of marijuana and other banned substances. Products are also available for a number of other types of tests such as hair, saliva, oral fluids, etc.

In majority of the cases these product rarely, if at all, work in an effective manner and fail the student in a drug test. The products can be quite costly and companies often advertise their products to entice customers who have consumed drugs and are looking out for ways to pass a drug test without being caught by the school authorities. It is worth knowing very few companies actually sell products which can guarantee a “safe” drug test result.

Is drug testing in schools legal?

As per a June 2002 U.S. Supreme Court directive, public schools now have “broadened” authority to test students for illegal drug usage. The court has allowed random drug tests involving all middle as well as high school students choosing to participate in competitive extracurricular activities to be tested for illegal drug consumption. The ruling has greatly expanded the scope for schools to legally test students for consuming banned substances and illegal drugs.

Contrary to the belief which most people have, home remedies do not offer a guaranteed or safe way to detoxify oneself, or at least offer ways or means to induce enough dilution of drugs in the blood stream so the person can test negative in a drug test. If you’re required to undergo a drug test, or maybe if you anticipate a drug test in the near future and are thinking about how to pass a drug test in a week there could be no other better option than the Ultra Klean One Hour formula. The product is formulated using only the best ingredients, and has been developed after years of research carried out in laboratories. The proprietary formula of the product is guaranteed to remove all toxins from the system – quickly and effectively.